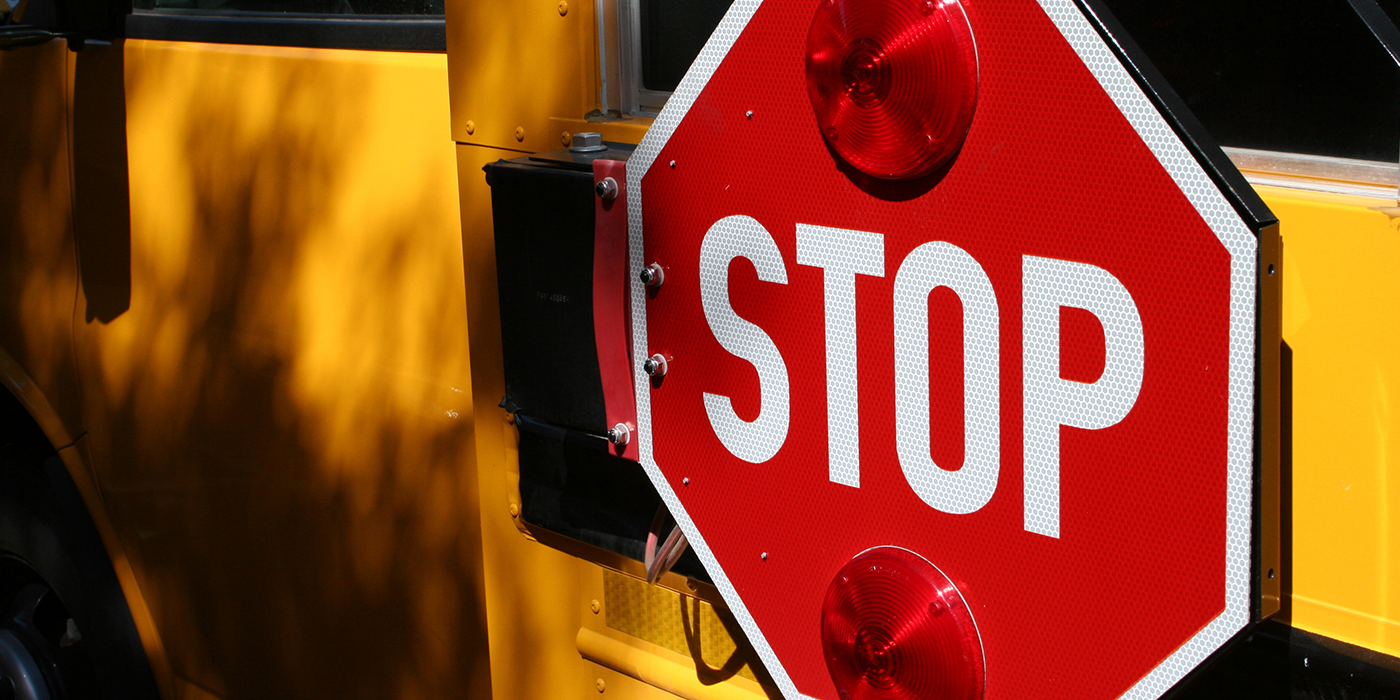 It is back to school time which means buses will be back on the roads in the mornings and afternoons. While we all learned the bus road rules when we received our drivers' licenses, a refresher around this time of year is always a good idea. So, here are the rules complete with pictures for visual learners. 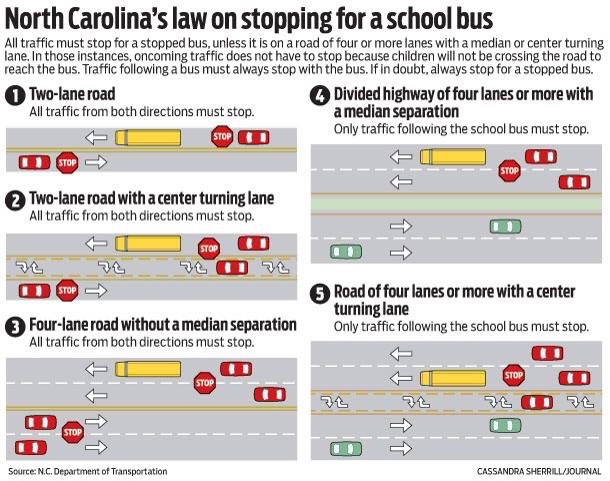 BOTH DIRECTIONS OF TRAFFIC MUST STOP FOR A STOPPED SCHOOL BUS:

2. On a two-lane road with a center left turn lane; and

3. On a four-lane road without a median.

ONLY TRAFFIC FOLLOWING THE BUS STOPS WHEN THERE IS A:

1. Divided highway with four lanes or more with median separation; and

To summarize, if you are on a two-lane road and a bus turns on its blinking red lights and puts out the stop sign, STOP. It doesn't matter what side of traffic you are on, you have to stop. If you are on a four-lane road behind the bus, you have to stop regardless of whether there is a median or left turn lane. However, you only stop on a four-lane road in the opposite direction of the bus if there is no median or left turn lane.