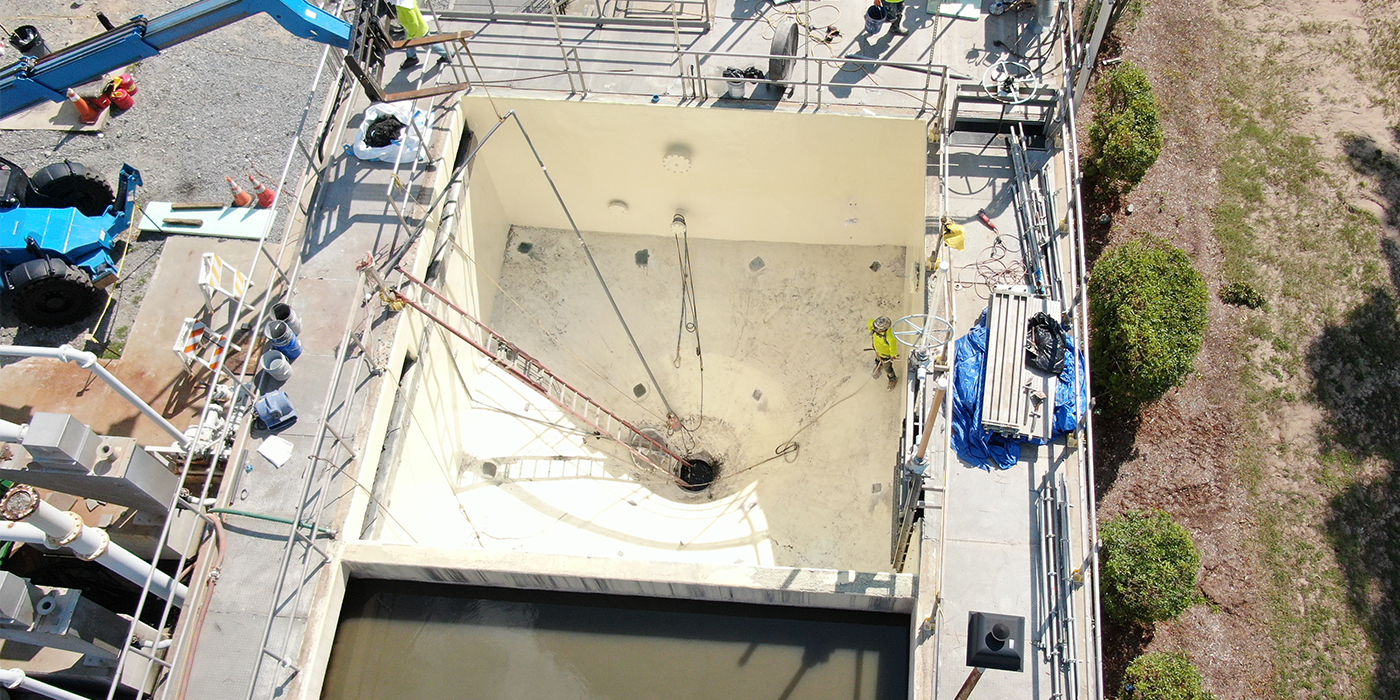 Construction is underway on the headworks structure at our Wastewater Treatment Plant (WWTP) as part of an improvement project. Years of exposure to hydrogen sulfide, a gas emitted during the breakdown of waste, have eroded areas of concrete and conduit in the structure, creating electrical and structural issues.

Headworks is the first place that waste goes when being pumped into the plant. At GUC, waste is pumped in from as far as Bethel, which is the furthest distance from the Plant. During this transit, waste is pressurized, which causes the amount of hydrogen sulfide gas to increase. Once the waste reaches the Plant’s headworks, it is released and the hydrogen sulfide that was pressurized mixes with water vapor, creating a weak sulfuric acid that eats away at conduit, handrails, concrete, and other vital parts of the structure.

The first phase of the project, happening now, is to create a bypass so the headworks can be drained and worked on. The bypass can also be used for future headworks improvements and maintenance.

Once the bypass is in place, phase two will include replacing the grit separator that removes heavy solids from the waste as it enters the Plant. This device helps reduce the amount of grit damage to pumps and pipes. Improvements also include expanding the aluminum decking, which improves the efficiency of the biofilter. The biofilter, or scrubber, is full of bacteria that consume the hydrogen sulfide, releasing clean air without a smell.

Non-Construction Improvement
As noted earlier, the more distance that wastewater must travel through pipes, the stronger the sulfide odor, resulting in more damage to the headworks. Employees at our WWTP have found an additional solution in the form of Bioxide, a calcium nitrate solution that gives bacteria a source of oxygen to eliminate the breakdown of sulfide. They have found that injecting Bioxide minimizes the release of hydrogen sulfide and protects our treatment headworks. The injection has been successfully tested on the pipes at our Southside Pumpstation, and an injection station will soon be installed in Bethel.

“We’re also trying to be good stewards and good neighbors,” said Jason Manning, WWTP Superintendent. “The hydrogen sulfide gas has an odor, and that is what people think about when they think of wastewater odors. By upgrading the system, we will be able to release clean air with no odor while also protecting our assets.”