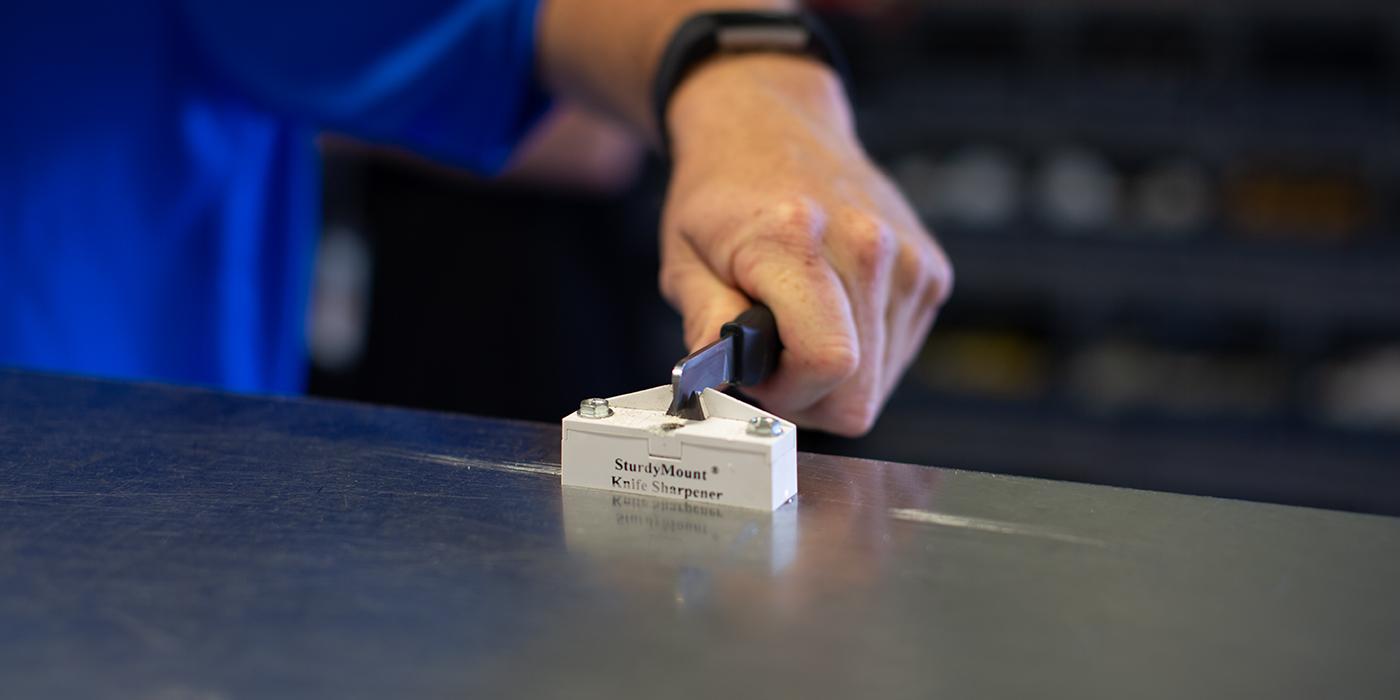 Our employees who work in the field use knives as a regular part of their job, and we all know a sharp knife is not only easier to use, it’s safer too. A Lighthouse observation recently brought a safer method of knife sharpening to Greenville Utilities.

During an observation, the employee was using a hand-held file to sharpen his knife before heading out to work for the day. When using a file to sharpen a knife, most people slide the knife away from them, as well as toward them, putting them at risk for cutting themselves.  They are also at risk of the file slipping out of their hand and making them vulnerable to a cut.

Now, there is a knife sharpener mounted on the counter in Stores that does not cause risk of injury.  Several options were considered before deciding on the one that is being used, and it’s working out well.

Thanks to Lighthouse for removing another barrier to safe behavior!