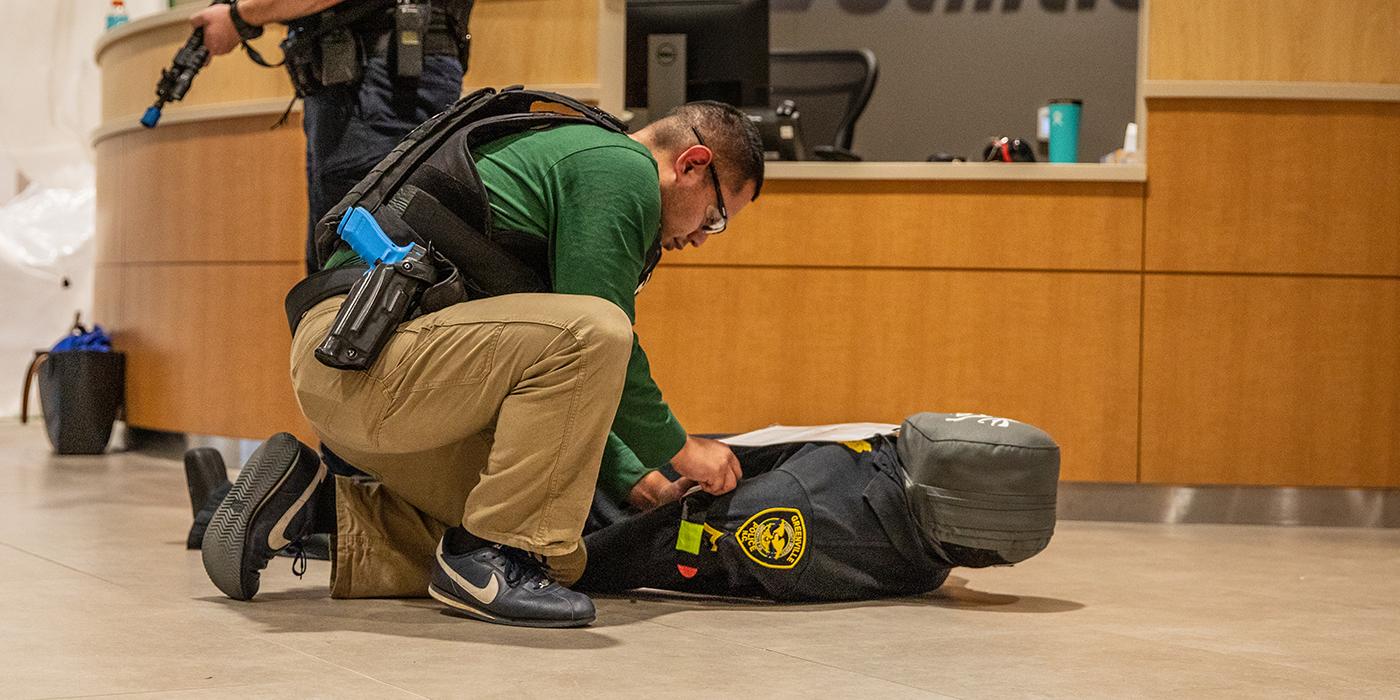 Greenville Police Department (GPD) has been conducting weekly active shooter training for their officers at GUC’s Main Office, and they allowed us a behind-the-scenes look at this training. They were supposed to train through April, but the final weeks of training have been postponed due to the COVID-19 pandemic.

“In December 2019, GPD gave an active shooter presentation at one of our safety meetings,” said Risk and Facilities Manager Kevin Keyzer. “During that meeting, that they approached us about holding their officer training in our Main Office building. We were happy to partner with them, as it gives their officers a chance to learn the layout of a GUC facility while training for a vital service for our entire community.”

On the evening of March 11th, Sergeant Staffelbach allowed the City’s and GUC’s Public Information Office, as well as local media, a chance to see first-hand what goes into this type of training. They not only allowed us the chance to photograph their training, but they also allowed the media to participate in the training.

Each week’s training lasts approximately four hours. The officers go through multiple scenarios, each lasting up to 90 minutes. They use manikins (weighing up to 175 pounds) and volunteers for each scenario. The manikins are used for search and rescue training, and volunteers are stationed in various offices pretending to be customers and employees. Using volunteers gives officers decision-making training where they must differentiate the bad guy from the good guy.

“The key is to make sure that they get to the shooter as quickly as they can to make sure that we stop the situation from happening any further,” said Capt. Richard Tyndall. “Our goal is to eliminate the threat and limit injuries.”

In late January of this year, employees were assigned a new Computer Based Training (CBT) course. This training, titled Active Shooter: Surviving an Attack, is approximately 30 minutes long. All employees are expected to complete it by the end of March. 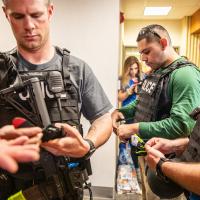 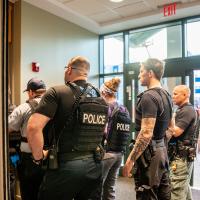 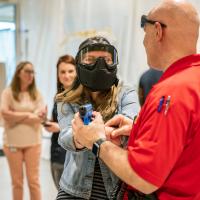 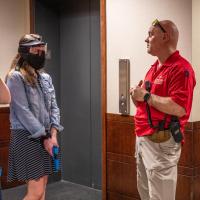 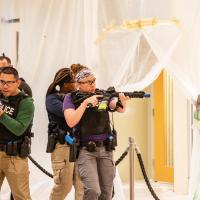 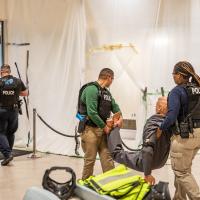