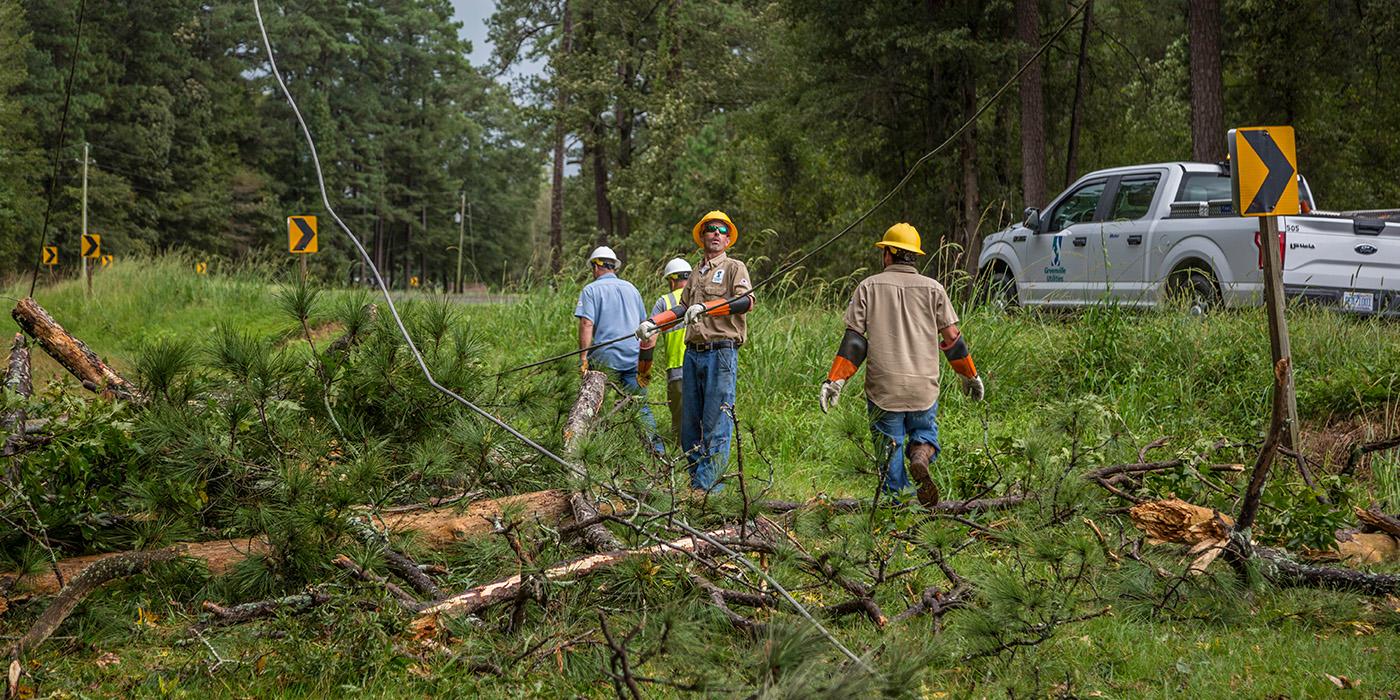 Hurricane Florence, the wettest tropical cyclone on record in the Carolinas, brought mass destruction to North and South Carolina, while leaving Pitt County and Greenville Utilities customers with hardly a mark compared to communities not far away.

The path of Hurricane Florence was fairly steady, but which way it would steer as it approached the coast remained unclear in the days leading up to landfall. Greenville Utilities employees did what they do best, came together and prepared for the worst.

Storm Preparation
On Monday, September 10th, reports started flowing in from the National Weather Service and the National Hurricane Center that Florence, the sixth named storm this year, had rapidly strengthened into a major Category 4 hurricane. It was expected to continue intensifying and make landfall along the North or South Carolina coast. The timing and location of the storm’s landfall fluctuated with each report between Monday and Thursday. What was certain all along is that Florence would slow down dramatically after landfall, bringing record amounts of rainfall, storm surges, and flooding to the Carolinas.

While our team did a great job of pitching in and moving the Operations Center after Hurricane Matthew in 2016, our Management Team wanted to make sure we were even better prepared for potential flooding after Hurricane Florence.

During that time of uncertainty, GUC employees at the Operations Center found themselves once again putting labels on office equipment and packing up work spaces – just in case. Crews packed and moved critical equipment to various GUC locations for use as needed, but also so equipment would not have to be moved in a hurry, as was the case after Matthew. A group of employees scouted out locations where we could park vehicles, set up offices, secure equipment, and work on vehicles for a long period of time, should it be necessary.

Our Electric Department also requested mutual aid assistance ahead of the storm. As a community-owned utility, GUC is part of a network of municipal systems that have mutual aid agreements designed to offer assistance during urgent situations such as these.

Stores employees set up an electric mobile unit to be used off site in the event of flooding. In addition, they received help from Gas, Meter, and Water with moving critical inventory off site, and assisting employees at the Stores Counter so that Stores staff could run the mobile unit during and after the storm.

HRIS Analyst and Storm Logistics Team Lead Teresa Wall rounded up the Storm Logistics Team and set up shop in the Building A Training room. This group of employees ensure that storm crews and teams, including our visiting mutual aid crews, are taken care of (meals, snacks, drinks, place to sleep if needed, etc.).

Minimal Impacts on GUC
By Thursday, September 13th, it was clear that Florence would have an impact on our area, so GUC’s Emergency Operations Center was activated at 1 p.m. Storm teams set up camp at the Operations Center, while the Call Center was positioned at the Main Office to help field customer calls throughout the duration of the storm.

Thankfully, Florence was only at Category-1 strength when it made landfall at Wrightsville Beach around 7:15 am on Friday, September 14th, with maximum sustained winds at 90 mph. However, the storm's large size caused tropical storm-force winds to be felt nearly 150 miles from the center. As predicted, Florence slowed to just three to six miles per hour, dumping record amounts of rain over a three-day period in the Carolinas and Virginia.

During the height of the storm Thursday evening into Friday morning, approximately 2,172 of our electric customers had lost power, with most being restored in about an hour. Another 967 outages took place throughout Friday, with all outages restored by 6:00 p.m. (the exception being a handful of customers who required work from an electrician).

Mutual aid crews who helped GUC on Friday included the Cities of Leesburg, Mount Dora, and Bushnell, Florida, along with Athens Utilities Board and Greeneville Light and Power in Tennessee.

“Everyone prepared well for what we thought would be a major wind and flood event,” said General Manager/CEO Tony Cannon. “While we escaped the tremendous damage that our neighbors endured, this gave us the opportunity to teach newer employees how to execute a storm plan and to see our system enhancements from the past few years in action. I thank you all for the hard work and for stepping up to help our neighbors and neighboring communities with their recovery efforts.”

GUC Offers Assistance
As it became clear that the Tar River would not reach major flood stage following Hurricane Florence, GUC employees quickly jumped in to offer assistance to neighboring utilities who experienced much larger power outages and record-setting surge and flood waters.

Stores employees helped the Cities of Kinston and New Bern with supplies, including a delivery to New Bern on the Sunday after the storm. Electric sent crews and equipment to New Bern and Havelock at various times throughout the first week of recovery.

Our Storm Logistics Team loaded up 850 bags of ice, along with several U-haul trucks full of food, water, and drinks to be sent to New Bern. “This is everything we ended up not needing,” said Teresa. “This is a first for us, and I’m thankful that we can provide assistance to another area.”

Also for the first time, Water Resources and Wastewater Treatment crews were requested for mutual aid. An 11-member team left on Wednesday to assist Onslow County Water and Sewer Authority (ONWASA) with broken water mains and to make repairs to the Authority’s wastewater treatment plant, which was completely flooded.

“We have a great mix of cross training certifications,” said Wastewater Treatment Plant Superintendent Jason Manning, “so this group of employees, including the Water Resources crews, will be able to help with a variety of issues from pumps and motors to meters and electrical work.”

We received a note of appreciation on social media from ONWASA CEO Jeff Hudson. “Our ONWASA crews have worked around the clock to restore the community’s water service to full production. We deeply appreciate the assistance from the City of Raleigh, the City of Wilson, and the Greenville Utilities Commission,” he wrote. “Crews faced tremendous obstacles including continued flooding, washed out roads, power outages, fuel shortages, and communication system failures. Nevertheless they met every challenge.” 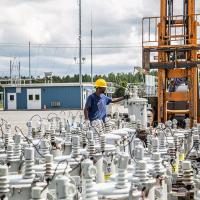 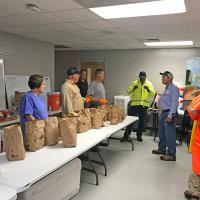 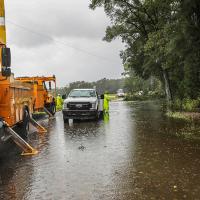 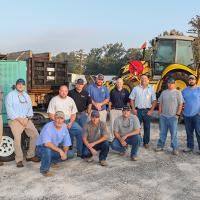 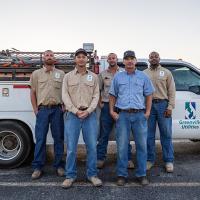 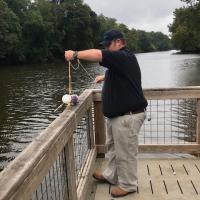