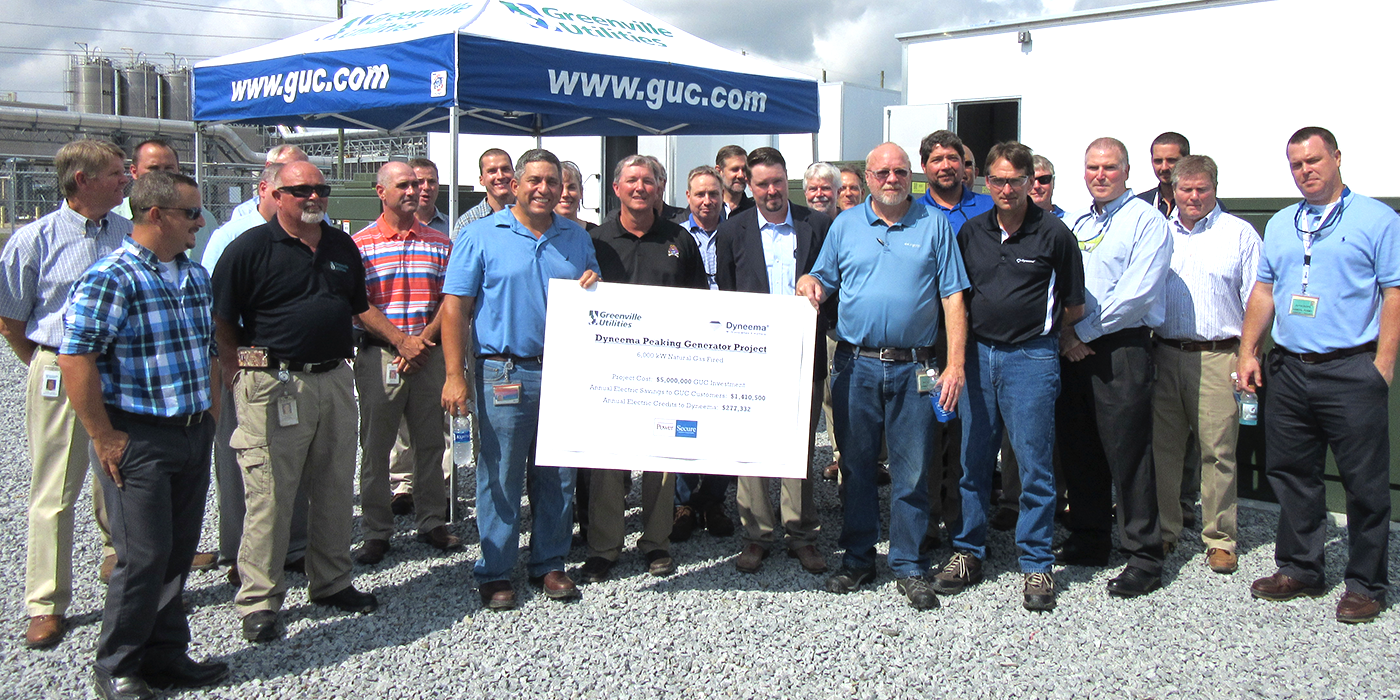 New facility to save GUC customers millions each year
August 3, 2016

Despite the high July temperatures, Greenville Utilities, along with industrial customer DSM Dyneema, were able to see significant energy cost savings. How? Because of a new natural gas generation system, right at the DSM plant.

Our Gas Department began expanding the natural gas main last fall while PowerSecure, a company located in Wake Forest, built the generation system, which was put into service in June.

The generator project started with an agreement allowing GUC to own and operate a 6,000-kilowatt peak shaving natural gas fired electric generation system on DSM property. According to our Electric Planning Engineer Kyle Brown, this is similar to agreements between GUC and 10 other industrial customers, producing fantastic results. "The other existing industrial projects have collectively avoided costs of over $29 million in wholesale power to GUC customers since 1995," said Kyle.

The system will reduce DSM's wholesale electric usage during peak electric demands each month, saving the company and GUC money. "DSM will receive annual electric credits of $277,332, while GUC will see approximately $1,410,500 in annual avoided costs, which will be passed on to customers," said Kyle.

GUC uses the generation system to supply DSM with power during peak demands. "This July was one of our extreme summer months," said Load Management and Dispatching Supervisor Mark Windham. "We ran load management at DSM eleven times for approximately 38 hours throughout July."

On August 3rd, DSM employees took a tour of the new system and were able to speak with GUC's Gas and Electric Departments. When DSM employees were asked if they noticed when the generators kicked in to supply power, they all said, "not even once."

In 1978, Greenville Utilities was one of the first public utilities in the nation to implement load management as a way to lower our community's cost of power. The peak occurs when both residential and industrial customers use the greatest amount of electricity. About 60% of our cost of power is related to peak demand.  By reducing the peak, we can hold down the cost of wholesale power we purchase.  The lower the peak, the less we all pay. 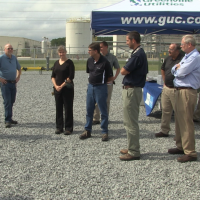 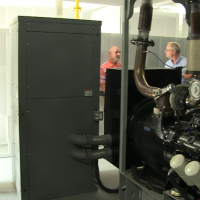 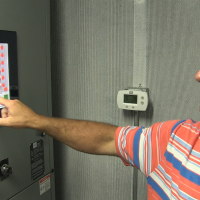 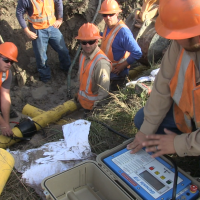