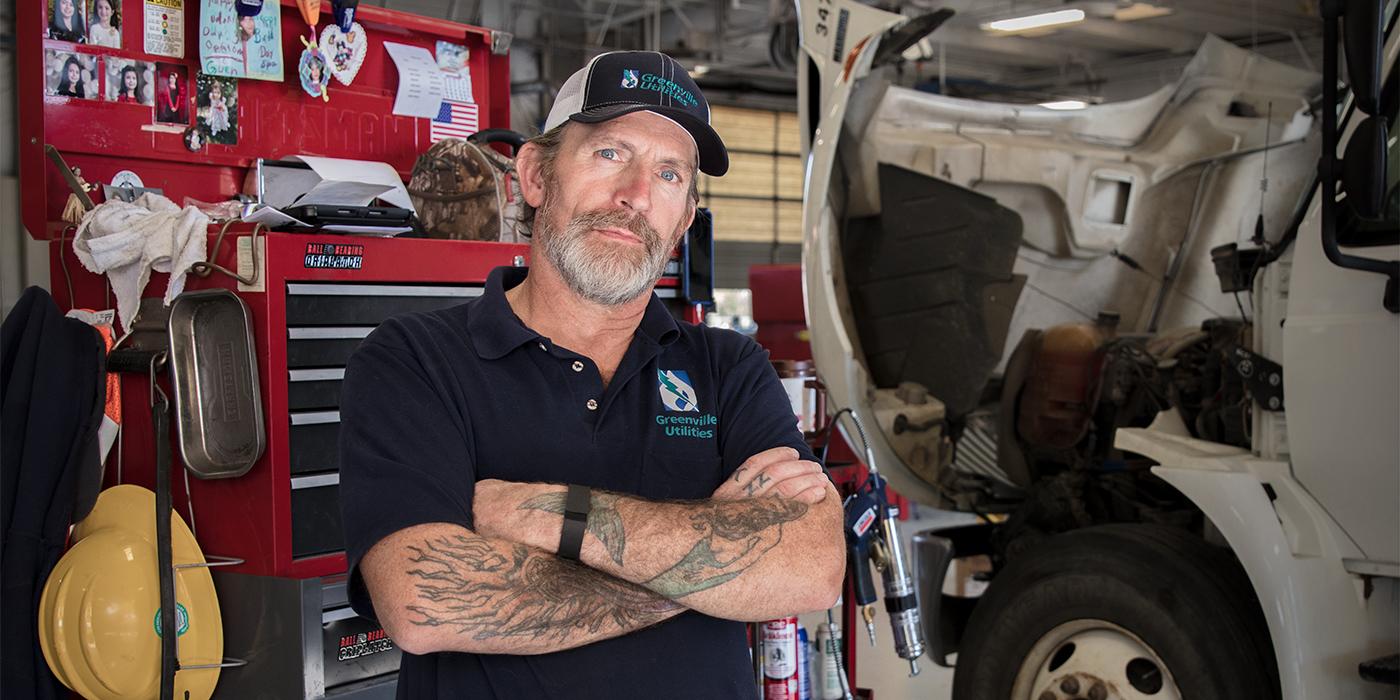 Master Mechanic Simon Stroud may be the new kid on the block, but when he talks about his life at GUC, it's obvious that he's not only adjusting well, he's thriving.

Although Simon lived in Raleigh for six years, he grew up in Newtown, Connecticut where he attended the University of Bridgeport.  He studied mechanical engineering but decided that it wasn't for him and took up welding, which turned into a skill that he became quite good at.  While working at a rental company, he met his wife, Lindalee "Linny." Simon and Linny now have two adult children, a son Joseph and daughter Dana, and three grandchildren (nine-year-old Gwenevere, six-year-old Fiona, and three-year-old Addison).

After living and working in Connecticut and New Jersey, Simon and his wife moved to Fredericksburg, VA. Meanwhile, his daughter chose to stay in Connecticut and his son took a job in California.  Simon joined Altec Industries, the company that manufactures the bucket trucks GUC uses. A few years later, his job was relocated to Washington, NC.  In May 2015, Simon joined our GUC family, and he's hit the ground running.

Following Hurricane Matthew in October, the Operations Center on Mumford Road was flooded. Simon and his colleagues pulled together to get equipment moved out of the buildings in the nick of time.

"It uprooted us," Simon said. "We loaded up everything we could and moved it out until the water receded. We relocated to another garage in Winterville and just tried to do what we could."

On a daily basis (outside of storm events), Simon and his crew perform preventative maintenance on fleet vehicles while also handling emergency break downs in the field. During Matthew, despite having limited resources, Simon and his team continued to service vehicles the best they could.

"We were kind of limited on what we could do," he said. "We broke out two tool boxes, and seven Technicians basically operated out of them. We handled it pretty well considering the circumstances."

Despite how much damage the storm did to the garage, the floors are looking great again and things are returning to normal, even if it will take some time.

In the meantime, Simon takes things day by day and focuses on making time for his family. He and Linny live in Washington and enjoy spending time boating on the Pamlico. When he gets time, Simon tinkers around his historical home. "I do some welding and stained glass work whenever I get extra time," Simon said.

The one thing Simon misses most though, is not being able to see his children and grandchildren often. So this Christmas will be extra special because all of the kids and grandkids will be coming to Washington for a family reunion of sorts.

Meanwhile, back at the garage, Simon loves working alongside his great co-workers and looks forward to being here for many years to come. "We're a good little happy family down here," he said. "I'm kind of the new guy on the block, but I fit in well enough." 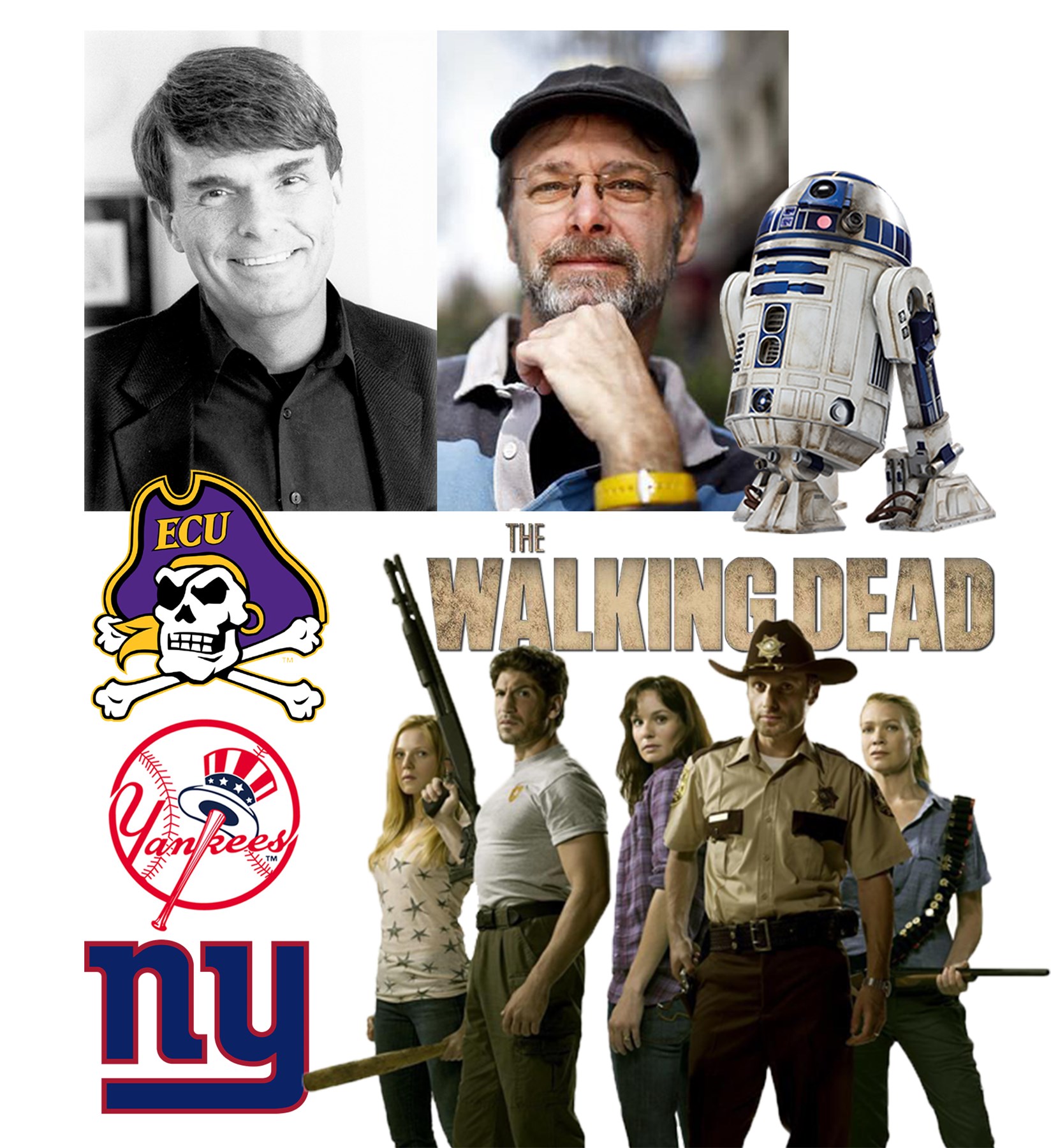 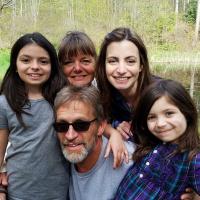 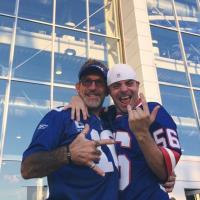 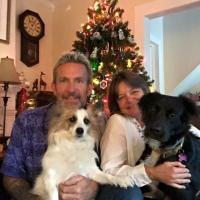